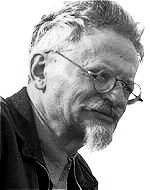 Since some 45 years we have been involved not only in systematically collecting books, pamphlets, articles and a great variety of other material by and about Leon Trotsky, Trotskyism and Trotskyists, but also have been engaged in cataloguing the bulk of our acquisitions and in compiling a considerable number of relevant bibliographies, some of which being widely acknowledged as useful and indispensable reference tools within the community of scholars, librarians and archivists. Some of our bibliographical works were published in printed form by Saur Verlag (Munich, etc.) between 1982 and 1999, others appeared in scholarly journals, others have been made accessible by us since 2004 as online resources (as HTML or PDF files) within the framework of our TrotskyanaNet website.

Within the various sections of TrotskyanaNet, we provide the following bibliographic reference works (as well as some features about them):